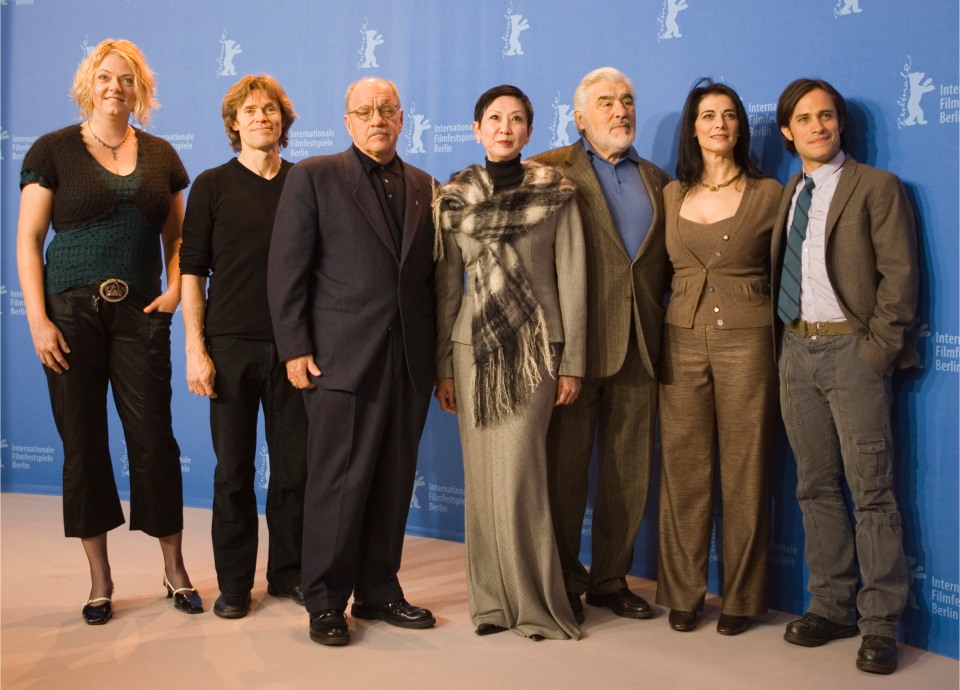 Ms. Shi is one of Asia’s most prominent and successful film producers and film distributors, with a career spanning more than three decades. Her many credits include director John Woo’s “A Better Tomorrow” (1986) starring Chow Yun-fat; director Tsui Hark’s “Once Upon a Time in China” (1991) starring Jet Li; and “Infernal Affairs” (2002) from directors Andrew Lau and Alan Mak, which Martin Scorsese adapted into his Oscar-winning 2006 film “The Departed.”

Ms. Shi has served on the juries of multiple international film festivals, including the Berlin International Film Festival in 2007 (photo above) and the Cannes Film Festival in 2011. “If you’re lucky enough to find something you actually like and enjoy, then you’re very lucky,” Ms. Shi told me in an interview in 2011 prior to Cannes.

This year, Ms. Shi is one of three recipients of the Berlinale Camera, along with Australian actor Geoffrey Rush, and film critic and author Samir Farid of Egypt.

The Berlinale Camera, according to the festival, is given to “film personalities or institutions to which it feels particularly indebted and wishes to express its thanks.”