Taiwan selected “The Assassin” as its official foreign-language entry for the 2016 Academy Awards.

“‘The Assassin’ was selected because the film’s technical aspect has reached a pinnacle,” Taiwan’s ministry of culture said in a statement. “The film conveys a classical atmosphere and humanity through its cinematography, lighting, art direction and character modeling. Director Hou Hsiao-hsien’s film techniques have remained the same, but the film shows Hou’s strong ambition to create a new film language and style,” according to the statement, which was issued by Well Go USA, the film’s U.S. distributor.

The film opened around Asia last month and currently is screening at this week’s Toronto International Film Festival. It will also screen at the New York Film Festival, which opens later in September, prior to its release in the U.S. on Oct. 16.

The Academy of Motion Picture Arts and Sciences typically releases a short list of films eligible for the foreign-language category prior to its announcement of five nominated films. The full list of nominations for the 2016 Oscars is scheduled for Jan. 14, and the awards ceremony will take place on Feb. 28. 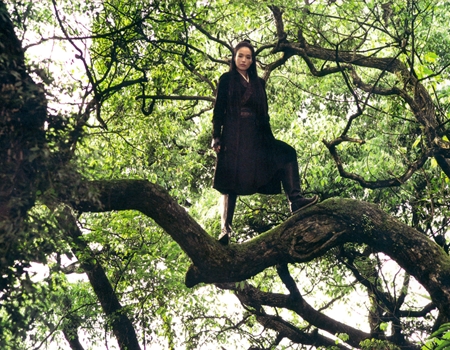 Filmmaker Hou Hsiao-hsien’s “The Assassin” continues to gain a steady following at the mainland China box office since its opening on Aug. 27. In its first nine days of release, the Taiwanese director’s art-house sword-play film starring actress Shu Qi has earned 54.91 million yuan (US$8.62 million), according to website ChinaBoxOffice.

The film, which earned Mr. Hou the best-director award at this year’s Cannes Film Festival, has drawn strong reviews — earning a 90% rating on Rotten Tomatoes.

The South China Morning Post called it “an instant classic,” while Variety described it as “a mesmerizing slow burn of a martial-arts movie.”

Watch a trailer for “The Assassin”: